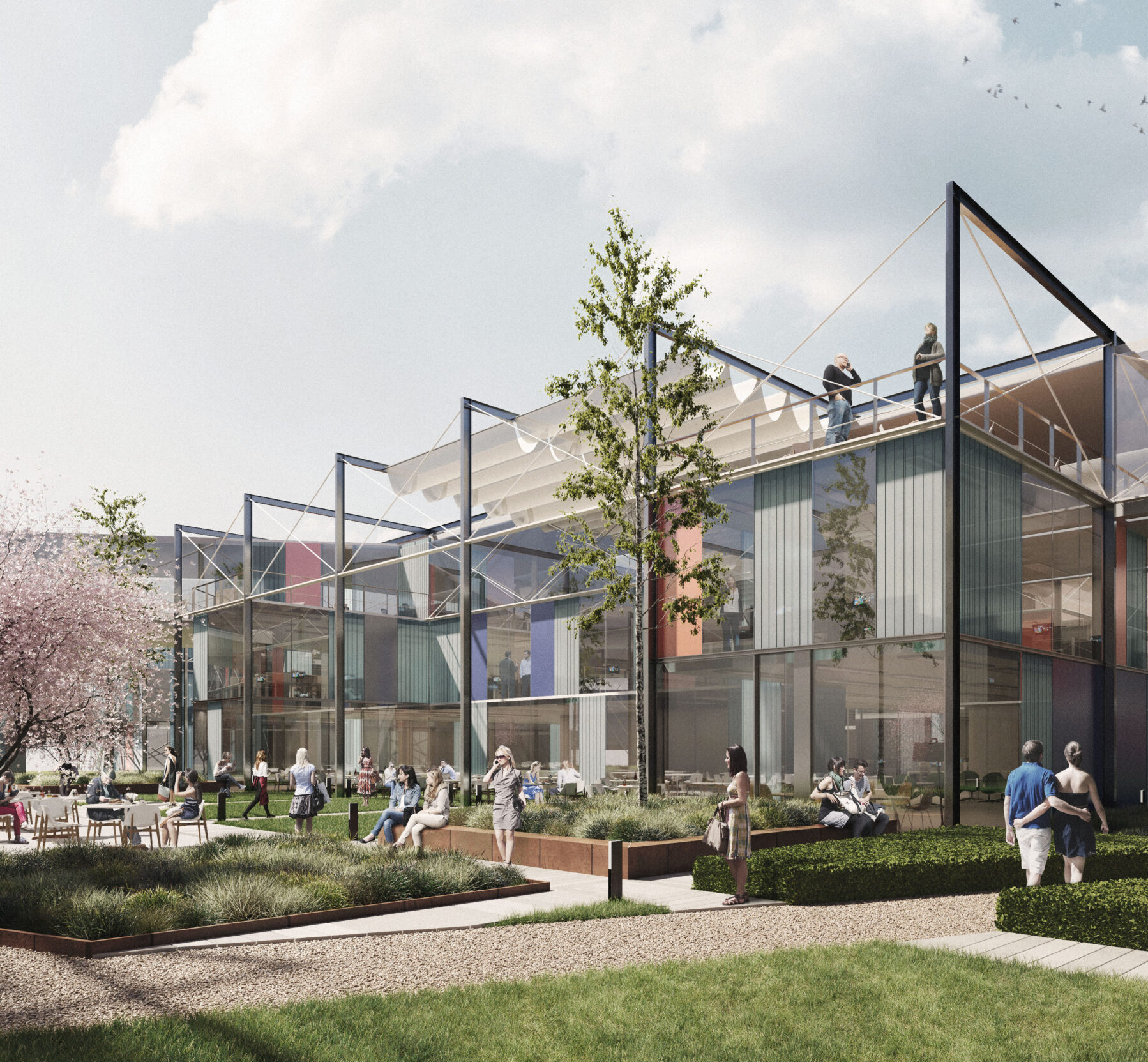 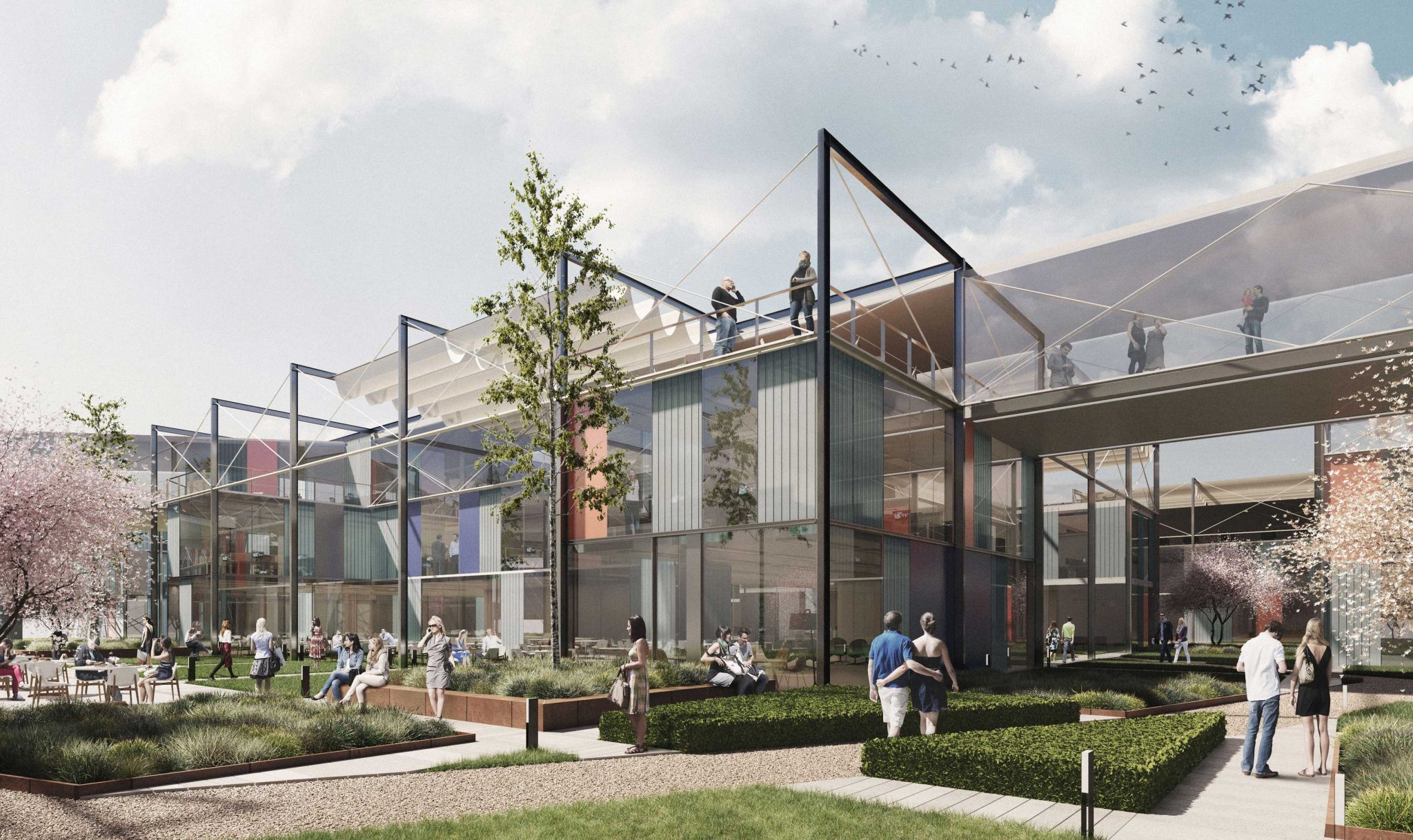 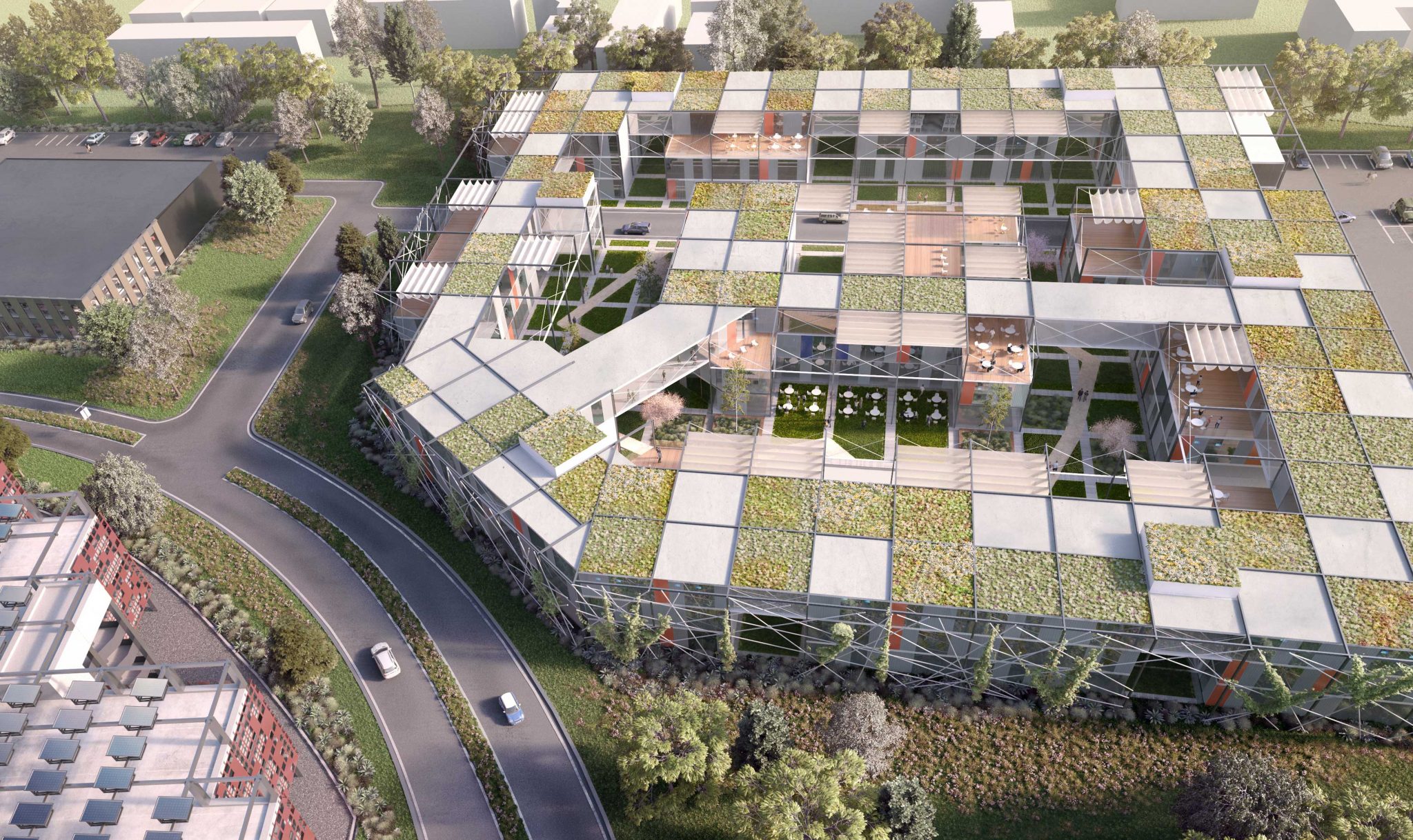 £25m
Mixed Use
A new hybrid workplace for Manchester that reinvents the idea of workspace.

Airport City occupies the empty space between Manchester International Airport and the city’s largest district, Wythenshawe, and explores the economic possibilities of this suburban hinterland with a new flexible work campus.

We began by testing the density of the masterplan against established city grids from Manchester, London and elsewhere. Our analysis revealed that the masterplan for the scheme could be improved to increase density whilst enhancing the proposed buildings to add to the richness and character of the overall estate.

Our scheme reinvents the business park by proposing a large grain building with a complex programme. Based on the warehouses of central Manchester, Fac 52 connects four office buildings to a mixed-use core. Within a striking and expressive 7.5 metre grid the buildings are able to expand as demand requires, using a palette of standardised materials as the basis of a modern, distinctive architecture that is deeply connected to Manchester’s industrial heritage. Covered external journeys and internal bridge spaces become meeting places and social nodes that contribute to the business park’s cellular logic.

The main building is characterful and complex, defined by an expressive external shell and more intimate spaces in the centre. A dense, three-storey enclave provides 230,000 sqf of new space and creates a flexible campus with office spaces which can be individually tailored to provide raw, open-plan spaces for the creative industries or streamlined Grade-A space for multinationals.