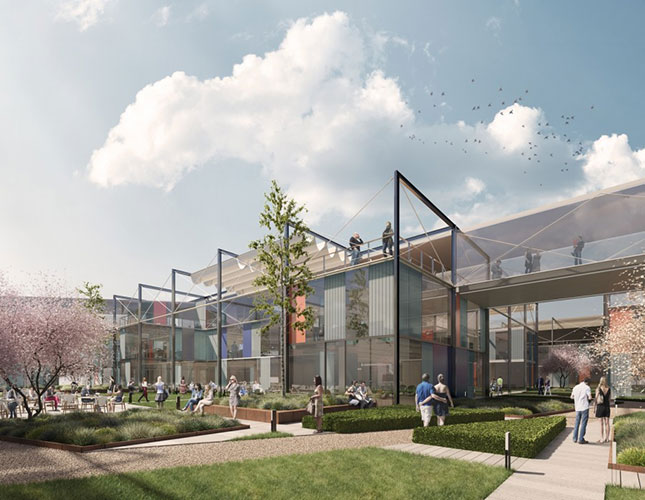 As technology changes the need for physical proximity in the workspace, the question of what office ‘space’ means is one that must undergo a comprehensive re-evaluation. This ongoing study explores – though design and theory – the cultural, economic, practical, social, technological and temporal dimensions of the office.

Fordist ideas of mass-production and standardisation have defined many aspects of what office ‘space’ may be considered to be. These have, for much of modern history, existed in tension with ideas of  post-Fordist flexible specialization that challenge or undermine the theoretical democracy of a mass-produced, regulated office space. Attempts to occupy the space in between have yielded a number of interesting results – Burolandschaft explored how multiple activities could be socialized within an open plan working space, while Rem Koolhaas’s essay ‘Junkspace’ explores the infinite extendability and disposability of the modern office environment. Both of these pieces of work discuss the modern office as a spatial fix (even if Koolhaas acknowledges, to some degree, its ephemerality) and feel rather ambiguous as templates to address the geographically dispersed office ‘space’ of today.

With the things that we produce, the medium by which we produce them and the manner in which they are stored rendered increasingly ephemeral and mobile, space, in the context of the office, needs to be understood in more sophisticated terms. Castells idea of a networked society is relevant here and one that could cast the office as a cluster or node at which a diasporic network of information is concentrated. Accordingly, this thinks of the office as a space in which ‘work’ is socialized. The office is a space of human contact – often the greatest degree of contact that people experience in day-to-day existence – and functions as a facilitator of communication and collaboration between a myriad of ideas and personalities. Its many meanings must be understood, dis-assembled and re-assembled in articulating its telos, both now and in the future.