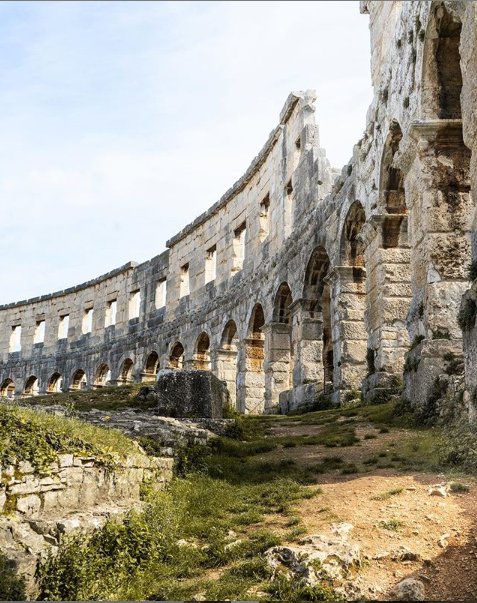 As a practice, we are dedicated to research. This involves travelling around the world to discover new and different ways of designing. For this year's research trip the studio visited Pula, the seafront city in Croatia. Daniel Titchener, one of BAA's Architects shared his highlights of the city.

What impressed you most about this city?

DT: The city centre was incredibly clean and the historic architecture is generally well preserved. It’s interesting that Pula is still not a UNESCO world heritage destination, even though the city is layered with centuries of history in such a beautiful coastal setting.

What was your favourite building or design feature?

DT: Pula Arena is among the world’s six largest Roman amphitheatres and it’s built on a slope so that the eastern side has two stories and the western side has three. This means that when you’ve climbed up the grassy slope to the eastern side you have an incredible backdrop of the natural harbour through the arena’s arches and openings to the west.

What would you recommend visiting while there?

DT: Take a swim in the Adriatic Sea along the craggy Verudela coastline. It’s irresistible to take a morning dip in the warm water and picturesque surroundings. We stayed at the Park Plaza Hotel and we ended up doing this every single day we were there, it was incredible.

Tell us about the food…

DT: I didn’t know this prior to our visit but the Croatian peninsula of Istria was part of Italy until 1947, so you could call the food in Pula “Italian with a Croatian twist”. Pula is also a major fishing port so the seafood is incredible. You can easily get hold of meals with the freshest ingredients such as calamari, mussels, and oysters, as well as shark, which was a first for me.

How would you summarise your experience in a sentence?

DT: The slow pace of the historic city combined with the rocky Adriatic coastline made for a relaxing yet insightful trip!