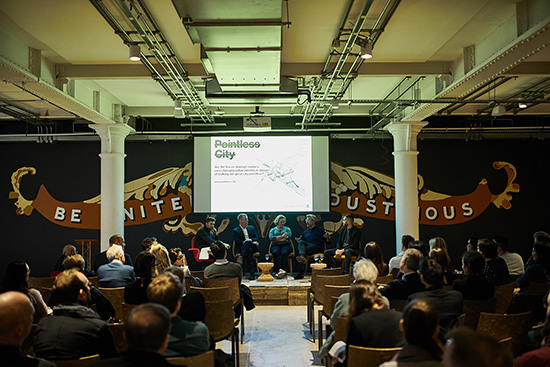 We recently hosted an event at U+I in collaboration with Future Places Studio to discuss the future of London with key industry thinkers.

Sitting on the panel were Ben Adams, Founding Director at Ben Adams Architects, Charlie Green, Co-founder and CEO at The Office Group, Juliette Morgan, Head of Campus at British Land, Ross Bailey, Founder and CEO at Appear Here and Jack Sallabank, Founder at Future Places Studio (host). We spoke to Jack Sallabank (Future Places Studio) and Nicholas Jewell (Head of research) to pick their brains about the project and future intentions.

What is Pointless City, and how did the project come to fruition?

NJ: Pointless City came about as a result of frustration with the nihilistic nature of discussion in popular media about the issues that modern London faces. Not that these discussions don’t have a place, they are hugely relevant and play a pivotal role in the everyday lives of Londoners, but more that they seem to wallow in problems without exploring ways to move beyond them and hopefully find solutions.

The title came from a discussion with a developer who had said that on one level he couldn’t see the point in London anymore because it was so expensive and yet, on another, it was continuing to grow in spite of these issues. We were keen for the discussion to evolve and explore not only the obstacles to living in London but also the ways in which they are being overcome, from bottom up and top down initiatives. It was also important for the project to be accessible to a wide range of people to make the terms of discussion as representative as possible of a cross section of the city.

Why is researching into these topics so important for architecture and city-making?

NJ: If London appears to be growing painfully it may also be fair to say that this is because the nature of the city and the way in which it is used by its inhabitants is changing. By engaging with these issues and the stakeholders affected by them it gives architects important knowledge about the real issues that their buildings need to address and, importantly, how they need to evolve. As designers, it is our business to innovate. To truly break the status quo and deliver architecture that addresses London’s modern conditions we must understand what is happening on the ground first. 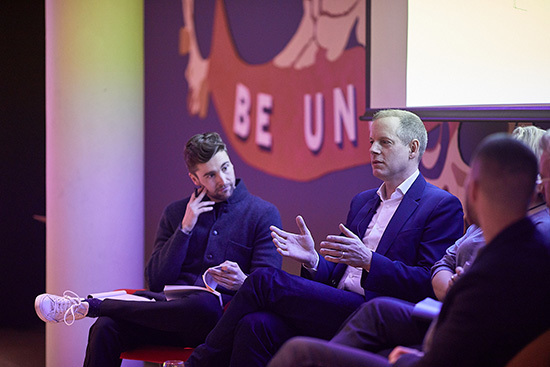 What elements made up the creation of the Pointless City publication?

JS: There are four main things, a client with a great idea that they wanted to bring to life. Interesting people with something to say that is worth listening to. Great photography and great design. If you get those four things then you can produce content that people will engage with. 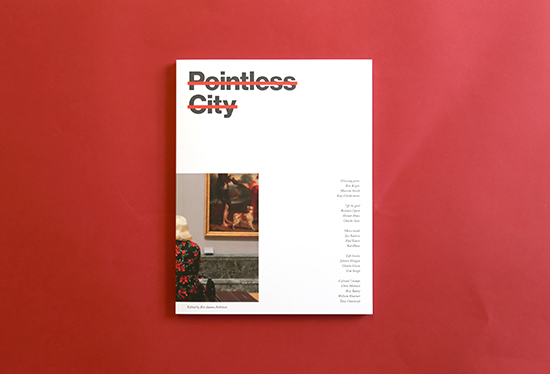 What did you find the most interesting and informative about the interview process?

JS: Meeting people and listening to them talk about something they know about and something they are passionate about is always a joyous experience. Hearing people talk about their ideas for London Is what I found incredibly energising. A lot of people care very deeply about London. 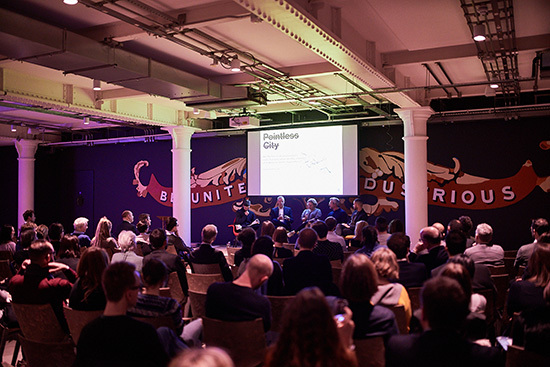 What does the future hold for Pointless City?

NJ: We are keen to expand the project to look at other cities globally. Next we will be looking at Los Angeles where we have recently opened a satellite studio. As a low-rise dispersed city that has reached its geographic limits, Los Angeles is facing the need to densify to accommodate its growing population while balancing this against the physical qualities that make the city unique. London has and continues to face very similar issues. We are keen to explore the ways in which cities can learn from each other while retaining the qualities that make them unique.

What is your personal theory of the future of London? ​

JS: London should look to lead the world in terms of how we tackle inequality, how we ensure good education for all, how we reduce the cost of living and how we significantly improve our carbon footprint. They are big issues but London should be the model that others look to. 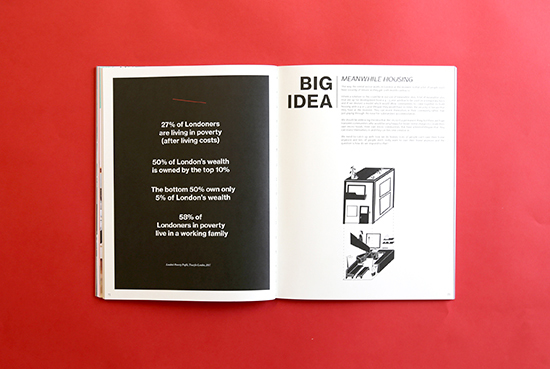 What are the problems architecture can currently solve in London, and what is your personal theory of the future of London?

NJ: In recent years much of the focus on development in London, in terms of headlines at least, has been around the increasing development of high-rise developments. While increased density is an important means of addressing London’s shortages of housing stock and amenities, architects need to take a more sophisticated approach that understands the city’s low to mid-rise character and meets these ends without simply building taller. Steen Eiler Rasmussen advanced the idea of London as a dispersed city of villages which, in many ways remains the case today. We need to let go of traditional centre-periphery ideas of the city and create a well-connected polycentric metropolis by building densely around enhanced infrastructure in London’s outlying areas. We may also need to consider where the true boundary of London exists as, in many ways, it passed the M25 some time ago.

A special thank you to all of those who contributed ideas: